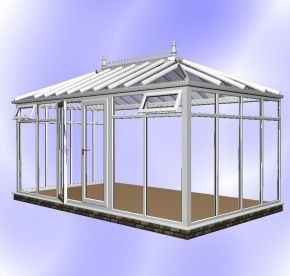 Adding a conservatory to a home is a considerably quick and cheap way to add extra space to a property.

If you constructing a conservatory for your business premises the depreciation of it is deductible in your tax return.

Request your free Centurion DIY Conservatories brochure, with full details of our range and additional options.

Latest From the Blog

“Extremely good value for money. Everybody who has seen our conservatory is impressed at the quality and the price that we paid! Would have no hesitation in recommending this company. ”
Mrs Lambe